Can I Be Godly and Gay? 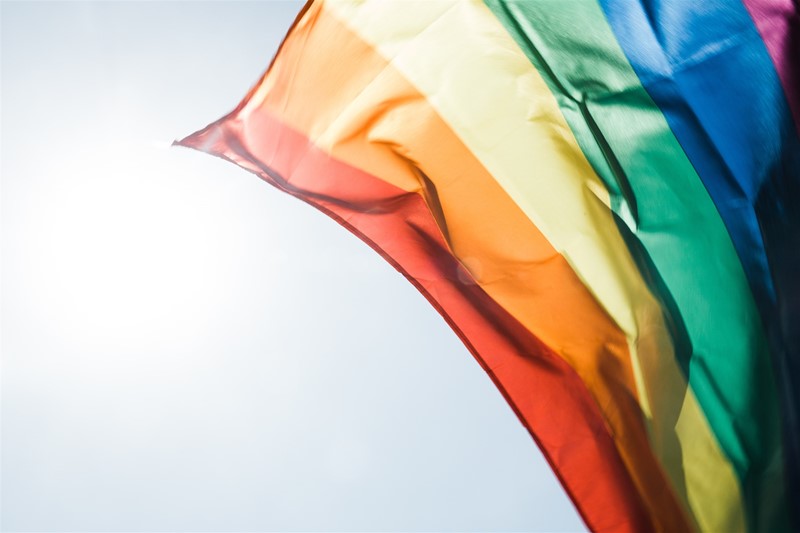 This question is a powder-keg--an extremely sensitive issue. If you have homosexual or bi-sexual tendencies, this is not just a theological debate, but speaks to the core of how you see yourself and how God views you.

The homosexual conversation impacts not just those who identify themselves as LGBT (Lesbian, Gay, Bisexual, Transgender), but all of us. Regardless of whether you can relate with this struggle, you will have to sort through your own views on the topic. If you do not already, you will have a good friend or family member who is gay. You will have to make decisions about whether to go to a same-sex wedding, whether to have your daughter and her partner over for dinner, and whether to attend a church with a gay pastor.

Within the last decade, the Christian opinion on homosexuality has gone through a drastic turnaround. There has been no new scientific or theological discovery; we’ve simply changed our mind about what we believe.

In today’s changing world, stating that homosexuality is anything but an acceptable lifestyle, approved by God, is seen as unloving, judgmental, hateful, and in some places, criminal. One of the most wonderful and difficult things about being a Christ-follower is that God doesn’t change. “Jesus Christ is the same yesterday, today and forever” (Hebrews 13:8). Although our interpretations and emphasis of biblical teaching are fickle, the Word of God is a solid foundation for Christians living two thousand years ago and for Christians living today. I take great comfort in knowing that God’s teachings are true and unchanging, but it also becomes difficult to stand on those truths when the cultural tide so quickly turns against them.

The Bible and homosexuality

If you have read much on this issue, you know that there have been valiant attempts to reinterpret the six passages that specifically address homosexuality (Genesis 19, Leviticus 18:22, Leviticus 20:13, Romans 1:24-27, I Corinthians 6:9, I Timothy 1:10). Advocates of homosexuality write off the Old Testament passages as obsolete for New Testament Christians. They also interpret the sins of Sodom and Gomorrah as violence and lack of hospitality rather than homosexual behavior. As far as the New Testament passages, they claim that Paul and early church leaders didn’t understand sexual orientation. The prohibitions against homosexual behavior, they say, relates to orgies and homosexual acts committed by heterosexuals.

The concept of a homosexual orientation was first suggested in the 1890s, ironically around the same time as the field of psychology was established. However, we can assume that men and women in biblical times still struggled with sexual orientation and gender identity even if they didn’t have the words to label them. Although the classification of LGBT issues has only recently evolved, human nature hasn’t changed. The Bible’s teaching on sexual immorality and homosexuality addresses human brokenness and sin, no matter what we choose to call it.

Although I am not a theologian, I have studied the arguments on both sides. The Bible is clear that “from the beginning, God created them male and female. For this reason a man shall leave his father and mother and the two shall become one flesh” (Mark 10:6).

I would encourage you to research the issue for yourself. Here are a few articles that explain why recent attempts to biblically justify the gay lifestyle are misguided: “Why 'God and the Gay Christian Is Wrong About the Bible and Same-Sex Relationships” by Christopher Yuan and “God, the Gospel, and the Gay Challenge--A Response to Matthew Vines” by Al Mohler.

Proverbs reminds us that “the fear of the Lord is the beginning of wisdom”.  Whenever we endeavor to know or understand something, our approach must be rooted in who God is. His sovereignty is the anchor that keeps us from drifting into foolishness. Our view of God, even among some Christian scholars, has sunk so low that our wisdom has become foolishness on many sexual issues, including homosexuality.

We will never resolve the “godly and gay” question by looking inwardly at who we are, only by looking upward at who He is.

God’s compassion and holiness never cancel each other out.

When I hear the debate about God and the LGBT lifestyle, it sometimes sounds like an argument over whether God’s holiness or love is more important.  Some say, “A compassionate God wants us to love and enjoy the full expression of sexual love. He would never say that a gay person couldn’t experience that.” On the other side of the issue, God’s holiness and call for us to be pure can be expressed without grace or compassion: “Gay men and women just need to choose to follow God and that’s the end of it.”

We are such limited moral and spiritual creatures that we can’t grasp how God could be both loving and morally perfect. We reason that surely He must compromise one attribute to allow for the other.

The truth about God is that He is absolutely holy and unconditionally loving. We can never understand God’s love if we don’t also embrace His holiness. Oswald Chambers wrote, “Anything that belittles or obliterates the holiness of God by a false view of the love of God is untrue to the revelation given by Jesus Christ”.

Many well-meaning Christians excuse and condone sin in the spirit of trying to show the love of God. I call these “sins of compassion.” Instead of a worshiping a God of compassion, we have made compassion a god unto itself, ignoring God’s call to righteousness and holiness.

God’s love is limitless, but it does have boundaries. His compassion never cancels out His truth and holiness.

Remember the rich young ruler who asked Jesus what must do to inherit eternal life? Jesus told him the standard, to forsake his wealth and follow Him. When the young man walked away from Jesus, our Savior was grieved, but He did not change the standard of righteousness.

There have been generations of Christians who have taught the holiness and wrath of God, excluding His great love and compassion. Now, we live in a generation that has done the opposite--exalting God’s love and mercy, but largely ignoring His holiness. I believe this is the primary reason for the drastic shift in the church’s position on the gay issue.

God is compassionate and loving and commands us to be the same. However, compassion has never meant changing the standards of God’s call for each of us to “be holy as I am holy.”

Few Christians who embrace homosexuality believe that it was part of God’s original perfect design--that before the Fall, God created some of us to be gay or lesbian or bisexual. Just look at the way our anatomy fits together, male and female. Consider that in the creation account in Genesis, God created Eve to “complete” Adam and that together they represent the image of God.

This means that homosexuality represents a fallen world--sin and brokenness--just as our propensity toward addiction, gluttony, pride, hatred and selfishness does. If there is a “gay gene,” we could argue that there is also a, promiscuity gene and anger gene. To accept homosexuality as a normal expression of God’s design is to say that God is okay with us living within our brokenness, instead of seeking Him through that brokenness.

At its core, embracing the LGBT lifestyle as acceptable and even godly implies a belief that God is either unable or unwilling to redeem this particular brokenness in an individual’s life. While God rescues us from other sins, He is not quite wise enough to solve the complicated issues involving homosexuality.

Perhaps the confusion comes because we have dictated to God what “healing” from homosexuality should look like. If a woman has sexual desire for another woman, healing must mean she becomes attracted to men, gets married to a caring Christian husband, has a houseful of children and lives happily ever after in her feminine, suburban home. If that doesn’t happen or a woman superficially embraces these trappings simply to prove that she’s redeemed, God’s healing seems to have failed.

God is God. How He deals with each of us in our sin and brokenness is His business. Healing and redemption usually don’t mean our messy lives are now wrapped in a nice, neat bow. The apostle Paul alluded to the messiness of his own redemption. Throughout his Christian walk, he lived with a “thorn in the flesh, a messenger from Satan” that God refused to remove in order to keep Paul dependent upon God’s grace. Paul longed for heaven so he could be free from this fallen world and the struggle of his own flesh.

Sometimes God delivers us from our brokenness and other times He strengthens us through it. The bottom line is this: God’s power is sufficient in your weakness, even if that weakness happens to be a pull toward homosexuality.

There is a difference between homosexual urges and homosexual actions

Every one of us can identify with specific temptations that plague us. The draw to pornography seems too strong to resist or you just can’t stop sleeping with your boyfriend. Or maybe you tend to lie more naturally than telling the truth or you secretly love a juicy morsel of gossip.

We rarely identify ourselves based on our temptations. I hear no arguments about the legitimacy of living life as a liar or fornicator. Yet homosexuality seems to be integrated into identity. You are not defined as someone who struggles with same-sex attraction but as a lesbian. Because of this, separating the action from the identity is often difficult.

Unfortunately, many men and women who have homosexual thoughts and urges feel condemned and dirty simply for having the struggle. Religious institutions have added to that shame by categorizing homosexual urges as more repugnant than any other temptation. In an effort to correct that prejudice, the pendulum has swung to giving spiritual license to those who actively pursue an LGBT lifestyle.

Many godly men and women continue to wrestle with homosexual thoughts and urges, but have committed themselves to saying “no” to acting out on those desires. Living a godly life doesn’t mean embracing sin. Nor does it mean one is never tempted. It means accepting God’s compassionate love while also relying on His strength to pursue holiness.

The black and white words written in this book can never capture the pain you may have endured related to your own or a loved one’s experience with homosexuality. My intention is not to add to that pain, but to remind you of how great our God is. I pray that God’s exceedingly great love will surround you as you seek Him in the midst of your circumstances.