The News and Sexual Discipleship 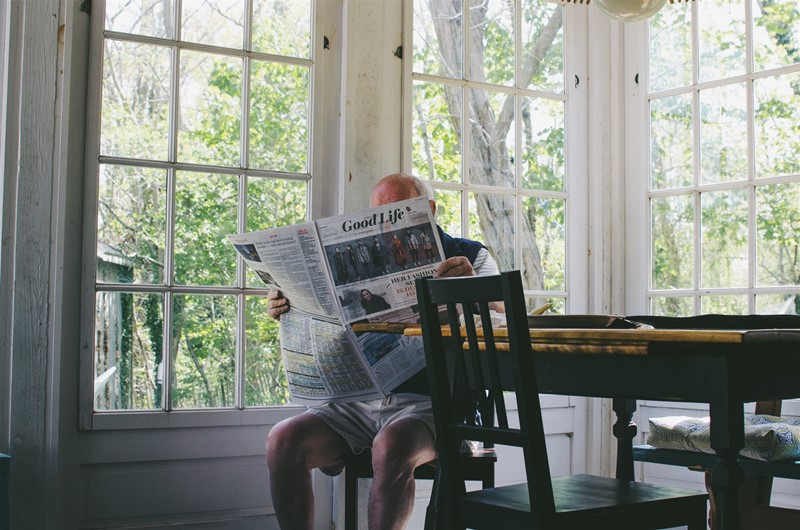 This summer I’ve been in my “writing cave”, spending countless hours finishing my next book about sexual discipleship, called Rethinking Sexuality. (The message of this book is challenging Christians to be grounded in biblical truth and equipping them to surrender their sexuality to God.) While I’ve been writing, the world has kept on spinning, and stories about sex continue to show up in your news feed. While there have been new stories every day, I want to address two specific headlines that have garnered a lot of attention last week: Teen Vogue’s advice for teenagers on how to engage in anal sex and the controversy about Eugene Peterson’s comments (and retraction of those comments) regarding same-sex marriage. The ministry of Authentic Intimacy exists to help you make sense of sexuality, so let’s take a look at the implications of these two stories together.

The second story involves Eugene Peterson, the 84-year-old author of The Message paraphrase of the Bible. Peterson, a highly respected Christian leader, was interviewed by Jonathan Merritt for an article on religiousnews.com. In the interview, Peterson responded to questions about gay marriage and homosexuality by affirming both. He stated, “I wouldn’t have said this 20 years ago, but now I know a lot of people who are gay and lesbian and they seem to have as good a spiritual life as I do. I think that kind of debate about lesbians and gays might be over. People who disapprove of it, they’ll probably just go to another church. So we’re in a transition and I think it’s a transition for the best, for the good. I don’t think it’s something that you can parade, but it’s not a right or wrong thing as far as I’m concerned.”

Peterson’s comments understandably stirred up a lot of debate and conversation on social media and within religious circles. He was perhaps the most influential conservative Christian leader to publicly endorse homosexuality. Less than a day after the article hit, Peterson reversed himself and retracted his statements. He said that he was not prepared to be asked these questions and hinted that his responses were taken out of context. “When put on the spot by this particular interviewer, I said yes in the moment. But on further reflection and prayer, I would like to retract that. That’s not something I would do out of respect to the congregation, the larger church body, and the historic biblical Christian view and teaching on marriage…To clarify, I affirm a biblical view of marriage: one man to one woman. I affirm a biblical view of everything.”

My friend, these two stories are why I feel so passionate about sexual discipleship. Confusing advice and destructive teaching about sexuality will undoubtedly continue to show up in our newsfeed in the years to come. It’s not enough to write an article about the dangers of teenage anal sex or to help you sort through how to make sense of a Christian leader’s conflicting statements about gay marriage. The problem goes much deeper: we don’t have a comprehensive, practical understanding of sexuality. We don’t know how to help our children sort through what they watch on Netflix and what they are taught in school. To be honest, we don’t know how to make sense of what’s happening around us… so how can we help our children?

The ministry of Authentic Intimacy is dedicated to sexual discipleship…. challenging you and teaching you to think biblically about sexuality. How does what the Bible teaches about sexuality practically relate to the struggles you are personally experiencing and the larger conversations happening in culture? We are so far past the days when Christians could remain silent about sexual issues. Each one of us needs to be engaged in prayer, study, and honest conversations about God’s design for sexuality.

Do you have questions you want to ask around these articles, sex in the news, or your own sexuality? I’ll be hosting a live Q&A webinar where you can text in answer questions and I’ll be answering them. Learn more information here!

If you want to get “cancelled” in Christian culture, try using the phrase “sexual purity....