When You're Attracted to Someone Who's Not Your Spouse 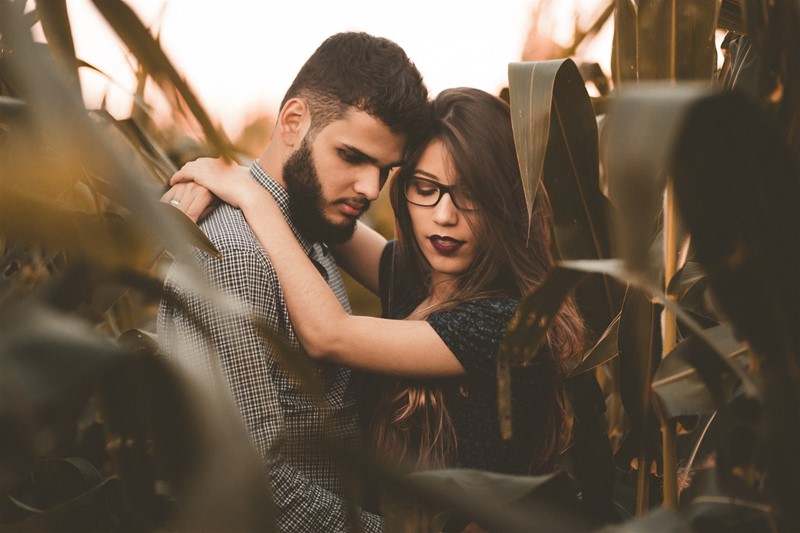 The stereotype of an adulterous affair in marriage has typically been the picture of a cheating husband. The man has a one-night stand on a business trip or falls in love with his secretary. I guess it never occurred to us that for every cheating man, there must also be a cheating woman. (Presione aquí para leer en español).

Relationship expert Bonnie Eaker Weil reported on ABC’s 20/20 her findings that more than 50 percent of married women are sexually unfaithful. That statistic doesn’t take into consideration the countless others who are entangled in emotional affairs and fantasies.

Every married woman is at risk for an affair. If you say, “No, I’d never do that!” take to heart what Paul wrote, “If you think you are standing firm, be careful that you don’t fall!” (1 Corinthians 10:12).

Every affair begins with a temptation—an attraction. Unfortunately, most of us have no idea what to do when a man other than your husband starts to pay attention to you. It feels good to be pursued again, especially if your marriage is in the doldrums.

Right after Paul told us to be careful not to fall, he gave some very practical advice about how to handle temptation: “No temptation has overtaken you except what is common to mankind. And God is faithful; he will not let you be tempted beyond what you can bear. But when you are tempted, he will also provide a way out so that you can endure it" (1 Corinthians 10:13, NIV).

While temptation is unavoidable, sin is still inexcusable. Even if you feel overwhelmingly attracted to another man (or woman), unfaithfulness doesn’t have to be your destiny. God has promised to provide a way out for those who are willing to run to him.

Don’t Be Surprised When It Happens

How many affairs would be avoided if we would simply anticipate that it’s normal to be tempted? Yes, there will always be men more attractive than your husband, and there will be someone who seems to have all the strengths that your husband lacks. The day will likely come when you find yourself drawn to someone who appears to be better suited for you than your husband. The attraction can even be spiritual (for example, a man’s passion for the Lord is so attractive compared to your husband who seems to be spiritually dead).

Since you know this day will come, prepare for it now. Remember in elementary school all of the times you had a fire drill or tornado drill? Why do we have drills? To prepare for a real danger during a time that is not a crisis. Using that same wisdom, come up with a plan now of what you will do when temptation comes. How will you respond? Who will you call for help?

Do you have an accountability partner in place now? What woman in your life have you told, “You have permission to ask me the hard questions about my marriage. I want you to get in my face if you ever see something in my life that concerns you.”

Just like the fire drill, if you have already determined where to “run,” you won’t be paralyzed when a true danger threatens your marriage.

I had been meeting with Lisa for about two months before she spilled the beans. During our first several counseling sessions, she talked around her disappointment in marriage and other irritations of life. Then, the day came when she felt safe enough to tell me about Doug. They had met at the gym several months earlier and been drawn to each other immediately. Low and behold, Doug was a Christian! Lisa and Doug began “coincidentally” showing up at the gym at the same time and got to know each other. Eventually, they began meeting over coffee.

“Juli, Doug is so kind and sensitive! He loves the Lord and has really helped me grow in my faith. God knows how lonely I’ve been in my marriage. I believe he’s providing Doug as an answer to my prayer for true companionship.”

Okay . . . reality check. God will never answer your prayers by inviting you into sin. How could a grounded Christian woman like Lisa have gotten so far off base? Because Satan is the deceiver. He will tempt you to doubt the truth about what is good and what is evil.

God has equipped our bodies with very powerful hormones that kick in when we enter a new romantic relationship. Remember when you could go days without thinking about food or when you wrote your boyfriend’s name all over your geometry notebook? Your mind still has the capacity to experience “puppy love” even as a grown woman.

The “tingles” of a new relationship can and will blind you from reality. If you do not fight to find “true north” according to God’s Word, you will make a disastrous decision that has far-reaching consequences. No matter how much you believe that this man will make your life better, he willnot. No amount of money, great sex, or adoration can compensate for walking away from fellowship with God and representing Jesus Christ to your husband, children, and community.

There is a time to walk and then there is a time to run. No one casually strolls out of burning building. They run for their lives. Paul says sexual temptation represents a time to run. “Flee sexual temptation!” Joseph demonstrated what “fleeing” looks like. He literally ran away from Potiphar’s wife when she tried to seduce him. He didn’t stop to deliberate the consequences or figure out how he could keep the woman happy while not going “all the way.” He simply ran.

There’s no harm in a little flirting, you might think. Yes, there is great harm! The longer you linger in temptation, the more opportunity the Enemy has to deceive you.

What does “running” look like? It means not giving the relationship any chance of developing. If you have to, change jobs, move to another neighborhood, and absolutely refuse to be alone with the person who represents the temptation.

One of the most dangerous things to do when you are attracted to another man is to keep it a secret. You may be embarrassed to admit to a friend your secret crush, or you may be afraid that being honest will mean you have to give it up.

In some cases, I think it’s appropriate to tell you husband. “Honey, I just need you to know that there is a guy at work who I’ve commit to never being alone with. Nothing has happened, but I just sense it’s a danger zone.” It would be very difficult for an attraction to take root after this type of honest conversation.

If you do not believe it is wise to talk to your husband, please share the situation with a trusted friend or mentor. She can pray with you, give you solid advice, and ask you the tough questions about whether or not you are taking the way of escape or continuing to play with fire.

Invest in Your Marriage

If you’ve ever had a serious health concern, it probably changed the way you approached your health. A near-fatal heart attack will cause most of us to swear off cheeseburgers and cigarettes. The same should be true of how we respond to the possibility of a broken marriage. It should cause us to reexamine what we’ve begun to take for granted.

I know you’ve heard this statement, but it’s worth repeating: “The grass is greener wherever you water it.” Being attracted to another man is not only a temptation, but also an indication that perhaps your marriage needs some watering. It’s a wake-up call that your marriage is vulnerable to infidelity. Can you pinpoint what desires you have that are not being met in your marriage?

Maybe it’s time to invest in marriage counseling, get away for some time alone with your spouse, or work on romance and sexual satisfaction in your marriage. Even if you are married to an unresponsive husband who doesn’t have a strong desire to improve your marriage, how are you investing in the relationship? Do you pray daily for God to give you love and patience? Are you intentional about learning how to build intimacy, as far as it depends upon you?

Paul told us specifically how to arm ourselves against the schemes of the devil. He told us to be clothed with the armor of God—armor like the breastplate of righteousness, the belt of truth, the shield of faith, and the sword of the spirit.

My friend, never try to fight a spiritual temptation solely with emotional or psychological weapons. You will lose. God’s way of escape is to cling to him and to run to him. He is able to keep you from stumbling, and to make you stand in the presence of his glory blameless with great joy (Jude 24).

If I remain faithful throughout the duration of my marriage, it won’t simply be because I love my husband, but it will be because of how much I love the Lord. Clinging to Mike might keep me from wandering, but only clinging to Jesus can make my heart pure.

The name of the LORD is a fortified tower; the righteous run to it and are safe (Proverbs 18:10).

Your Sexual Differences Can Make You Better Lovers

Have you ever wondered why God made you and your husband so different? For many years, I thought that might...