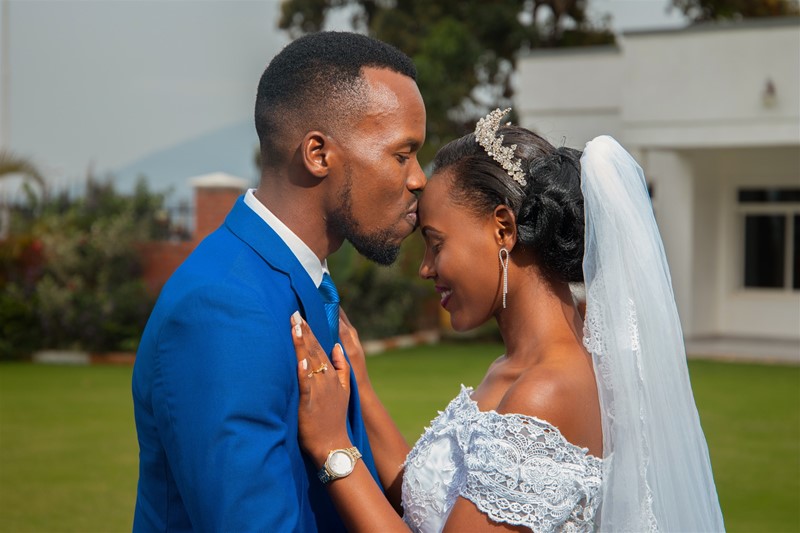 *The two-part blog series we’re kicking off this week is a sneak peak into what Dr. Juli Slattery has been working on ... a complete rewrite of her book Finding the Hero in Your Husband. Stay tuned for updates on when it will be released in 2021!*

We all know stories of women who have been minimized and disregarded by men who thought they were following God’s Word by silencing women in the Church and Christian family. I have Christian friends who strongly disagree with the idea of biblical submission for today’s marriage. These friends will readily agree that men and women are different and that God designed us to complement one another. But the wrongful application of that teaching has too often lead to devaluing women and putting them in a position of vulnerability, even justifying emotional, spiritual, physical, and sexual abuse. This is sound reason for many Christians to reject the whole idea of submission when it has been so destructive and dishonoring to women.

In our next blog, I’ll be looking at what biblical submission actually is. But before we go there in defining what submission is, let’s begin with what it is not.

Submission does not mean that women are less capable than men.

The traditional models of submission, like on the old sitcoms, have a sweet little wife at home baking cookies while the Mr. has the real work in the real world. No wonder we struggle to make sense of submission in today’s culture!

Understood within the cultural context, the Scriptures paint a picture that highly values femininity. The Bible states clearly that both men and women were created in the image of God. Both Adam and Eve together were charged with subduing the earth. Although men and women are different in many respects, they are the same in their status as a special creation. Both were set apart as distinct from all of God’s other creations. Men and women uniquely express aspects of God’s character through their ability to choose, their eternal souls and their creative abilities.

We also need to recognize that the Bible does not say “women, submit to men.” It says, “wives submit to your own husbands.” Submission is not primarily about being male and female within the larger context of culture. It is the recognition that marriage is a special form of revelation.

Submission does not mean that women should be silent.

One day I was driving in the car listening to a Christian radio station when I heard something that made me want to scream. A lady who was teaching on submission said emphatically that a woman should never give her opinion on anything unless her husband asks for it. In one sense, I can guess why she gave that marriage advice. Men usually do react badly when their wives are constantly telling them what to do and second-guessing their decisions. But I believe there are many situations in which a woman should give her opinion, even if it is unsolicited.

One of the reasons people believe this application of submission is because of Peter’s description of a godly wife in I Peter 3:1-6. Notice that Peter begins verse 1 with “In the same way…” This was originally a letter that didn’t have chapters, and so Peter is referring to what he wrote at the end of chapter 2. The context of this teaching is using the example of Jesus Christ who endured hardship and even insults for the greater good of glorifying God. In chapter 3, Peter is specifically talking to godly wives about the hardship of being married to an “unheroic husband.” Please notice that he is telling these wives how to be powerful in winning them over, not how to be weak in letting them do whatever they want. Also notice that he is teaching them about the nature of their spirit. The “gentle and quiet” spirit describes your internal confidence, not whether or not your mouth is moving. Peter uses Sarah, Abraham’s wife, as an example.

Sarah was a lot of things, but she certainly wasn’t quiet. Although Sarah clearly followed Abraham’s leadership, the Bible includes at least two specific times when she gave her unsolicited opinion (See Genesis 16 and 21).

Sarah, our example of a submissive woman, obviously played an active role in her marriage. When you read about this ancient marriage, she was downright feisty, particularly given the culture they lived in. Sarah respected Abraham and yielded to God’s work in his life, but she did not withhold her feelings and opinions. In at least one instance, God encouraged Abraham to listen to her. This imperfect wife is held out as a role model because she wasn’t driven by fear, but like her husband, had to learn to trust the sovereignty of God.

The voice of women is very necessary both within the Christian home and Church. It’s not whether she’s using her voice, but how she’s using her power that defines a gentle and quiet spirit.

Submission does not mean blind obedience.

The words submission and obedience are often used interchangeably. In fact, less than a century ago, wedding vows often used the word “obey” rather than “submit.” This is a mistake because the Greek words for obey and submit are different and communicate different messages.

The word translated as “obey” is used to describe the relationship between children and their parents. To obey means to listen and act without questioning the recognized authority. In contrast, submission is a willing act of placing oneself under the authority of another. Christ is our perfect example of submission. He willingly submitted His desire to His Father’s authority by coming to earth, suffering and dying on the cross.

Parents have authority over their young children because they have wisdom and understanding that their children lack. A three-year-old has no concept of why he needs to eat vegetables. Even if you tell your child that eating healthy will help him to grow stronger, his little mind has a very limited understanding of the importance of nutrition. He has to trust in the goodness of his parents.

A wife, on the other hand, is a different situation. She has the same ability to reason and make moral and responsible decisions as her husband. She can, in fact, think quite well for herself. Submitting to her husband doesn’t mean she turns off her brain. Rather than “obeying,” she willingly and thoughtfully yields.

Submission is not some yoke of inferiority that I put on when I step across the threshold of my home. I don’t believe that God wants us to bury any of the gifts he’s given us under the banner of submission. In fact, doing so would go directly against biblical teaching that encourages women to invest their “talents” into the kingdom of God!

Read part two of this two-part series, So What Exactly Is Biblical Submission?

Want to hear more? Listen to Java with Juli episode #384: Do You Empower Your Husband or Enable Him? (The Difference is BIG)

Most of us have been told that sex in marriage is important. But why does it matter? For many of us, sex ma...