The World Has a Lot To Say About Sex 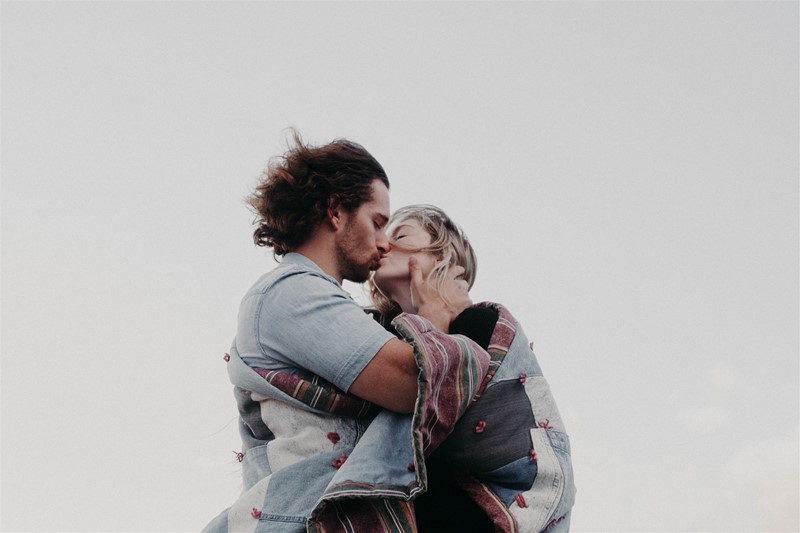 If you haven’t noticed, our views on sexuality have changed quite a bit over the past 20 years. Americans are far more accepting of behaviors they once considered to be sexually immoral. Cohabitation, having sex outside of marriage, no-fault divorce, viewing pornography, gender fluidity, and polygamy, among others, have dramatically gained approval in our cultural context. Politicians and religious leaders who just a decade ago spoke against abortion and gay marriage are now fully supportive and even insistent on normalizing these choices. What has caused this shift in our moral compass?

Some would argue that society is progressing and evolving into a higher moral consciousness. But not every evolution of thought represents true progress. Our collective understanding of sexual morality (and all morality) has shifted because we have adopted a relativistic, individualistic form of humanism as the foundation of our reasoning.

In the past two blog posts, I wrote about the importance of your sexual narrative. Each of us has an unspoken sexual narrative that provides the foundation for how we think about every sexual issue. I cannot overstate the impact of the cultural narrative of sexuality. Even if you are a committed Christian, immersed in God’s Word, and serving in a local church, you have been influenced by the cultural narrative of sexuality. It explains why many Christians are revisiting passages about homosexuality, gender, and marriage in an attempt to reconcile the Bible with the pursuit of sexual freedom.

More than 300 years ago, scholar Blaise Pascal wrote, “There is a God-shaped vacuum in the heart of each man which cannot be satisfied by any created thing but only by God the Creator, made known through Jesus Christ.” When we run away from God, we must fill that void with something. For many, the answer is love and sexual fulfillment. While sex in our world has been cheapened, at the same time it has been elevated to represent our identity, our value, and our happiness. How can a person possibly be fulfilled if they are not happily in love or free to pursue their sexual identity?

Sex is a big part of our culture. It shows up in movies, television, news feeds, music, and even elementary school curriculum. The progressive embrace of every sexual expression is a cornerstone of modern culture for a reason. We perceive sexuality as the primary way to achieve personal worth, identity, and fulfillment.

Sexuality has come to represent much of what it means to be human. Therefore, sexual expression and fulfillment are hallmarks of maturity. This is why educators, counselors, and even ministers encourage freedom of all sexual expression. As long as you’re not hurting anyone, you should explore your fantasies and desires. According to the cultural narrative, this is a crucial part of finding your true self. Anyone (including God) who hinders your sexual expression and fulfillment is morally wrong because they are keeping you from happiness. Don’t stay in an unfulfilling marriage. Don’t get married unless you try it out with cohabitation. Don’t let anyone tell you who you should be. As the saying goes, you do you.

In a recent study, the Barna Group concluded, “The move among the greater U.S. population—most evidently among younger generations—is a de-linking of marriage and sex. Sex has become less a function of procreation or an expression of intimacy and more of a personal experience. To have sex is increasingly seen as a pleasurable and important element in the journey toward self-fulfillment.”

Historically and biblically, sexuality has been linked to forming a covenant relationship with another person (marriage) which typically results in parenthood. The shifting view of the purpose of sex has drastically changed the priority of marriage and family as a bedrock source of societal and personal stability. A recent study found that only 20% of Gen Z want to get married before the age of 30, and 0% viewed getting married as a primary mark of adulthood.

We are witnessing a massive social experiment that will, in the end, increase the very unhappiness it is attempting to remedy. As our “everything goes” morality plays out, we are witnessing drastic increases in anxiety, depression, suicide, and addictions. Loneliness is now considered one of the greatest health crises of western culture.

The debate about sexuality is not ultimately rooted in “tolerance,” but in what we believe will result in human health and flourishing. If Pascal is right, every perceived freedom that draws us from Jesus will eventually become another form of human bondage.

1. How has the cultural narrative of sexuality impacted your view of sexual morality, marriage, and personal fulfillment?

2. How does understanding the cultural narrative of sexuality equip you to have more substantial conversations about sexual issues?

Read the previous blog in this series.

Read the next blog in this series.

You may also find these additional resources helpful:

Why Promise Rings and Purity Talks Fall Short (blog)
What's the Purpose of Your Sexuality, Really? (blog)
Jen Hatmaker, Gay Marriage, and What We've Forgotten About God (blog)
Java with Juli #162: Helping Your Kids Navigate the Culture (member exclusive)
What Does the Bible Say About Homosexuality? (blog)
Aziz: Another Reminder That Something is Wrong (blog)

(Presione aquí para leer en español.) Whenever I speak to a group of people about sexuality, ...