Shame Doesn't Have the Final Word 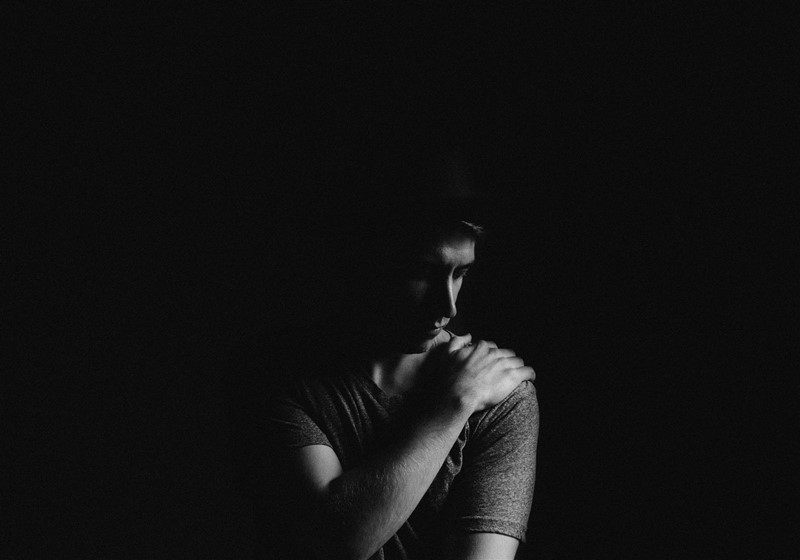 Most women bask in the comment “You look so young!” but not Jeni. Why? Because she is young … too young to be the mom of a six-year-old girl. When Jeni goes to her daughter’s kindergarten class, she feels out of place with every other mom, many of whom are more than a decade her senior. “I know that God has forgiven me for my sexual sin, but how do I get rid of the shame when everywhere I go, I have to explain that I had a child when I was 15? I don’t want to always think of my daughter as a reminder of my sin!”

Like Jeni, we all have reminders of sinful or foolish decisions from our past. Broken relationships, physical and emotional scars, and people who are all-too eager to remind us of our failures, resurrecting shame. Of all of the godly people in history, it’s hard to imagine someone who could identify with this more than King David. He lived a devoted life—with a brief period of rebellion, adultery, deceit, and murder. Because of his sin, David, his family, and even the nation of Israel bore the consequences for generations. Talk about carrying shame! Yet David seems to have found a way past this burden:

“Oh, what joy for those whose disobedience is forgiven, whose sin is put out of sight!

Yes, what joy for those whose record the Lord has cleared of guilt, whose lives are lived in complete honesty!

When I refused to confess my sin, my body wasted away, and I groaned all day long.

Day and night your hand of discipline was heavy on me.

My strength evaporated like water in the summer heat.

Finally, I confessed all my sin to you and stopped trying to hide my guilt.

I said to myself, ‘I will confess my rebellion to the Lord.’

How was David able to declare such freedom even while he still could see the consequences of his sin all around him? If God lets me record Java with Juli interviews in heaven, I’m definitely going to ask David this question! But for now, here is how I think David can guide us into the freedom that he experienced.

Remember the greatest consequence of sin.

David had an insight into his sin that few of us can understand. In Psalm 51, he tells God, “Against you, and you only, have I sinned.” David’s sin obviously impacted Bathsheba, Uriah, and many others, so why did David make this statement? Because of his intimate relationship with God, David experienced anguish from broken fellowship with His Creator and Savior. David could bear anything, but not the absence of God in his life.

We get caught up in our earthly reality, so it’s difficult to grasp the weight of a broken relationship with God. Like Jeni, we are more concerned with how people judge us while ignoring the only opinion that matters—God’s.

The news that David could be as close to God as he had ever been, that his sins would never be counted against him, made David ecstatic with joy.  No doubt David had people in his life that continually reminded him of his guilt, but David didn’t dwell there. He knew He was free from the eternal consequences of his sin. That incredible news was enough to help him bear the earthly reminders of his past.

This can be true of you and me as well. We can’t erase our shame by trying not to think about it or by positive self-talk. The only way to be free from the weight of sin is to place it on Jesus. We can say boldly as David did, “And you forgave me! All my guilt is gone.”

View consequences as a sign of God’s mercy, not punishment.

When we grasp that we are truly forgiven, the tangible reminders of our sin can take on a different meaning. Instead of resurrecting shame, they can actually be living memorials to how God no longer “counts our sin against us” (2 Corinthians 5:19).

I have a friend who was diagnosed with life-threatening cancer in her early thirties. Skilled surgeons cut out the tumor and surrounding areas to save this woman’s life. While she is cancer-free today, deep scars are still evident on her neck and chest. This woman can look at these scars either as a physical flaw or as a daily reminder of how her life has been spared.

The same is true of us. When memories of past failures or hurtful accusations bring up shame, I can respond with praise: “God, I was dead in my sin, but you have given me new life!” The consequences of sin may remind us of our past failures, but look at them in light of our Great Physician’s healing.

Invite God to go on offense.

Satan tells us there will be no consequences before we sin, and then forever reminds us of those consequences after we sin. He is the deceiver and then the accuser.

Fighting accusations of shame can go beyond the “defense” of refuting Satan’s lies. We can go on “offense” when we invite God to actually redeem the consequences. What Satan means for harm, God can use for great good!

Solomon was the son of David and Bathsheba. God named Solomon “Jedidiah,” which means “friend of God.” In this context, I think of Jeni’s daughter. Her life is not a curse but a blessing, even if she was conceived in a sinful relationship. God’s greatest power against Satan is turning our greatest shame into a blessing.

God can redeem any consequence of sin—even truly horrific ones like STDs or the label of sex offender. How? When we tell our stories to give hope to others. Thousands of Christian ministries were formed out of the ashes of broken lives. God’s most effective spokespeople are those who, like Paul, can say, “God has saved me, the chief of sinners, and He can save you too!” Paul actually boasted about his past sin and weakness so people would see the power of God at work within him.

My friend, don’t let the enemy win by keeping you in shame. Like David, confess your sin before the Lord and then believe the truth that He no longer counts your sin against you. Let God use your story as a weapon against the enemy, warning others about the pain of sin but also of the freedom of a great God who forgives.

by Dr. Juli Slattery Sometimes I joke about things I am "addicted" to. Coffee and dark chocola...