I'm a Christian, in Love, but Not Sexually Attracted. Am I Broken? 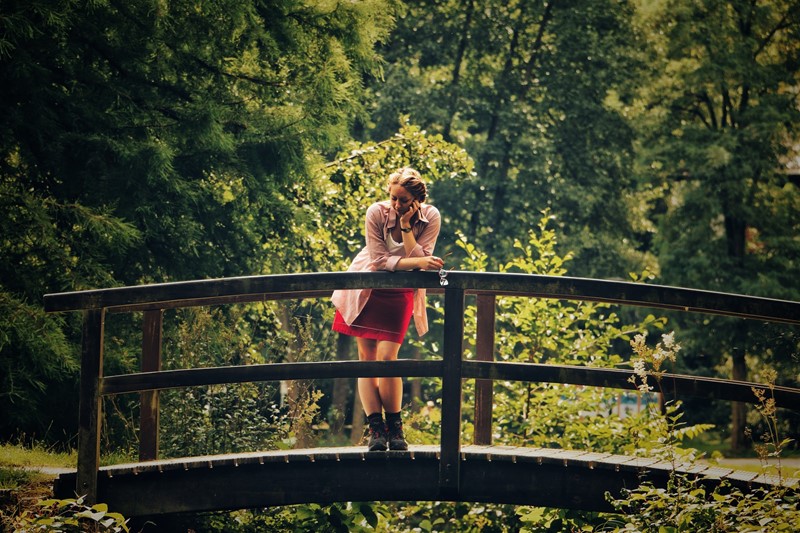 I wonder sometimes if I am asexual and I can't find much literature on the topic from a Christian perspective. As an unmarried woman, who is quite frankly scared and disgusted by the thought of sex, it is hard for me to see how I feel as normal or okay in Christian or secular culture because sex is meant to be wonderful, pleasurable, etc. I have wondered often if I'm broken and if there is something in me that needs "fixing?"

Based on cultural terminology, being asexual means that you have no sexual desire. People have been asking me about lack of sexual desire for years, but only recently has this been categorized as part of the sexuality spectrum of LGBTQIA + (stands for "lesbian, gay, bisexual, transgender, queer/questioning, intersex, asexual and many other terms”). That shift is causing people (like the woman who wrote me) to assume there may be something fundamentally broken about them if they lack sexual desire.

Sexuality is about more than sexual desire.

In recent years, sexuality has been primarily defined as physical sexual desire. Whether you are gay, straight, bi-sexual, or asexual is determined by assessing your sexual appetites (which is why the list of letters seems to grow by the month). This is a superficial perspective of sexuality. While sexual desire is certainly part of our sexuality, it is not the most important aspect of who we are as sexual people. You don’t become “more sexual” because your desire has increased or become “less sexual” when you don’t want to have sex. You are sexual because sexuality is part of how God has created humanity. Sexuality includes your gender, your longings for intimacy, closeness, and vulnerability. What you desire to do with your body is just the “tip of the iceberg” of the complexity of what makes you a sexual person.

Tweet: "While sexual desire is certainly part of our sexuality, it is not the most important aspect of who we are as sexual people." @DrJuliSlattery

I believe it is impossible to become asexual. Even if you have no interest in having sex, you are still a relational person intended to pursue intimacy with friends, family members, and God Himself. Some people experience loneliness and longings strongly within their bodies, but everyone can identify with the desire to be known, loved, and accepted. In fact, many women marry because they want to be intimate, not primarily because they want to have sex. They don’t just want to get physically naked but want to share life with someone. This is all part of what it means to be sexual.

Sexual desire is not a defining characteristic of identity.

The LGBTQIA+ conglomeration of letters is often referenced in conversations about identity. We have put an unusual emphasis on understanding and defining ourselves (and each other) based on one aspect of our human experience – sexual desire. While we can’t ignore sexual desire, it was never intended to be a defining characteristic of who we are as people. In fact, sexual desire has been shown to change in direction and intensity over time and in light of our experiences. While many women (and some men) have complained about lack of sexual desire, only recently has that been something deserving a label that speaks into identity. Some of the primary causes of low sexual desire include hormonal imbalance, a reaction to past trauma, depression, and even a side effect of medication. Since when have such transient desires become part of how we identify ourselves?

I believe this is an outgrowth of focusing on experience rather than the journey toward maturity. We are not primarily defined by any of our physical desires but by our resolutions toward our higher aspirations. We don’t sleep as much as our bodies would like to sleep, we don’t eat whatever our taste buds long for, and we don’t have sex every time we feel sexual desire. We are driven by our more profound longings of who we aspire to become. As Christians, we discipline our desires so that we become more like Christ and to do the work He has given us to accomplish (see I Corinthians 9). I am not an asexual Christian any more than I am an athletic Christian or an overeating Christian. It would be preposterous to use those labels as primary ways of identifying myself or others.

The gift of singleness v. asexuality

The apostle Paul, although he lived thousands of years ago, actually addressed what we now refer to as asexuality. Instead of calling it an identity or a form of dysfunction, he actually referred to it as a gift. Many people get married because of sexual desire (including the emotional longings to share life with another person). Paul said that while marriage is good and  holy, it is not the benchmark of Christian maturity. In fact, he taught that marriage can be a distraction from doing God’s Kingdom work on earth (I Corinthians 7:34). If you asked Paul about being a single woman who experiences no sexual desire, he would probably say, “Great! You are free from all of the drama of romance and the hard work of marriage. Now go serve God with your freedom!”

I want to add that the “gift of singleness” is not a gift if it is rooted in fear or disgust. I’ve met men and women who are content being single, fulfilled by deep relationships with family, coworkers, and friends. Jesus modeled this as a single man. He spent time with His Father, with His disciples and with good friends like the siblings Mary, Martha, and Lazarus (who all appear to have been single). The same was true of Paul. He formed meaningful intimate relationships with the men and women with whom he served. The choice to remain single was not out of fear or disgust, but out of contentment and calling. There is only one healthy fear that should ever motivate us: the fear of the Lord. Every other fear comes from Satan exploiting our humanity. If you experience asexuality because you think sex is shameful or because you have been hurt in past intimate relationships, the issue isn’t a lack of sexual desire, but the need to heal from how Satan has tarnished your view of sexuality.

Tweet: " If you experience asexuality because you think sex is shameful or because you have been hurt in past intimate relationships, the issue isn’t a lack of sexual desire, but the need to heal from how Satan has tarnished your view of sexuality." @DrJuliSlattery

Asexuality and sexual intimacy in marriage

Because sexual desire has been given so much importance in our culture, having lots of sex seems to be an all-important hallmark of a healthy marriage. As I’ve written before, having sex is not the same thing as pursuing sexual intimacy. Experiencing little or no sexual desire within marriage is a problem because it typically leads to avoiding sex, withholding sex, or engaging in sex as a duty rather than as a mutual celebration of your marriage. Again, this is a distortion of God’s design for sexuality. Sometimes medical, psychological, or relational barriers block sexual desire. If this is the case, work toward health and healing! But other times (this is particularly true of women), sexual desire is cultivated over years of intentional pursuit. We pursue sexual intimacy because we value the covenant of marriage and all that it was created to represent.

The foundational issue of asexuality and every other sexual question is understanding God’s design for sexuality and the many ways it can be twisted and distorted in our experience. This is why I’m so passionate about what we do at Authentic Intimacy. My primary desire is not simply to debate sexual questions, but again and again, to point to God, the Creator and Healer of every aspect of humanity, including our sexuality.

To learn more, listen to these Java with Juli episodes: #160: Why God Created You to be Sexual and #166: We Are All Sexually Broken

More blogs on this topic: What if I Hate Sex? and I'm Single & Have No Sexual Desire

(Presione aquí para leer en español.) Whenever I speak to a group of people about sexuality, ...